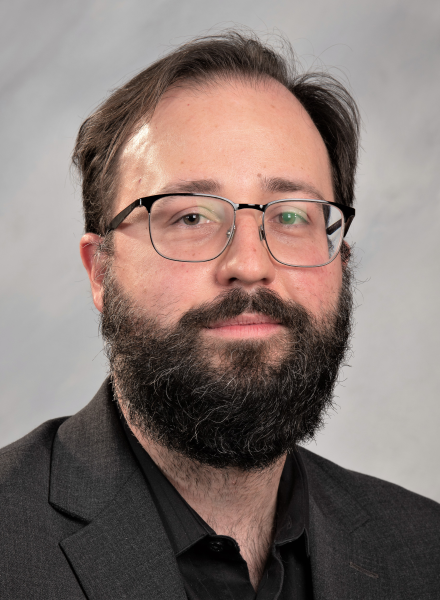 Prof. Ezio Iacocca was awarded an NSF standard grant for the project “Reconfigurable non-Hermitian and topological magnonics with interacting artificial spin ices”. The project will investigate magnon transport in these artificial structures from the point of view of topology, i.e., protected states that are theoretically impervious to scattering. The proposal also aims to introduce new artificial spin ice geometries that leverage magnetic damping to find protected modes.

Artek completed an excellent PhD dissertation in Physics, clarifying some issues about the magnetic behavior of nanoparticles that have been incorrect for 70 years! Magnetic nanoparticles will be important for a variety of applications including cancer treatments, improving MRI images, and shielding of objects from electromagnetic radiation. Outside of Physics, one of his favorite memories here is getting to walk the 2014 Winter Olympic torch through downtown as the UCCS mascot

Prof. Robert Camley was recently awarded a Fulbright Distinguished Chair award to spend 6 months at Newcastle University in Australia. He will be doing research on medical applications of magnetic nanoparticles with Prof. Karen Livesey who is now at Newcastle, but earlier spent 10 years as a Physics faculty member at UCCS.

Graduate student Matt Copus won a Best Poster award at the recent Front Range Advanced Magnetic Symposium (FRAMS) which was held in Fort Collins. The recognition came with a $150 prize. His poster was on “Half-Frequency Spin Waves” and explore a novel way of driving the system at one frequency but generating an output frequency that was half of the input frequency.

Reed Jones was awarded $20,000 to support his research in progressing to a PhD in Physics. So far, Reed's theoretical work helped design a tunable, fast-switching optical filter using liquid crystals. He also calculated the criteria for unusual horizontal domain walls in liquid crystals. Under the award, he will study an unusual light-matter interaction (specifically polaritons) in crystal quartz and at terahertz frequencies. Additionally, he will investigate a frustrated magnetic system of an artificial spin ice. 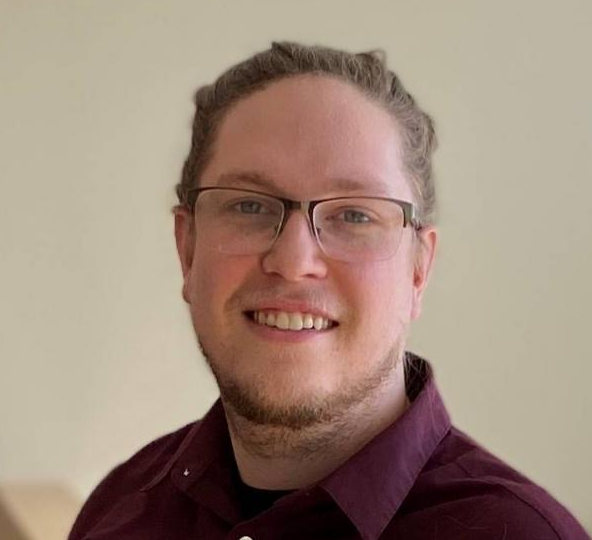 Jonathon Davidson was awarded $20,000 to support his research in progressing to a PhD in Physics. Jonathon will be utilizing a combination of computer simulations and analytic calculations to determine a more accurate expression for the relaxation time of magnetic nanoparticles in a field, an important material property for hyperthermia treatment of cancer.

Physics is happy to announce that two students connected to our department have recently won the prestigious Goldwater Scholarship Award. The first is Kaitlin McAllister who is an undergraduate Physics major working with Prof. Bozhko on the physics of spin waves. Kaitlin designed and created a near-field scanning microwave microscope, one of only a few in the country. She is an avid researcher, with interests in both biophysics, magnetism, and space physics. UCCS Physics also had a strong connection to another Goldwater Scholarship winner this year. Arjun Kudinoor, who is now at Columbia University, took both undergraduate and graduate physics classes here at UCCS while a high school student! He also did some research, on magnetic materials with an exchange gradient, with Prof. Camley and, as a result, is a coauthor on a published paper with several UCCS physics faculty members and an international collaborator. These are the first Goldwater Scholarship awards associated with UCCS in the past 10 years! The awards can be up to $7,500/year for up to two years.

The scholarship is named for a UCCS Physics Professor and Chair, James Burkhart, who generated the funding for the award through his Radon work and is now serving as an Emeritus Professor. The award supports students working toward a PhD in Applied Science with a specialization in Physics. The three students are: River Gassen (supervisor Dr. Kathrin Spendier), who works on expanding the applications of magnetic particles as drug delivery systems, to cut through mucus and also studying their behaviors as influenced by an oscillating magnetic field; Renju Peroor (supervisor Dr. Dmytro Bozhko), who works on generation of magnons using parametric pumping and studies the propagation of magnons in YIG films for quantum magnonic applications; Viktoriia Savchuk (supervisor Dr. Kelly McNear), who works in the field of plasmonics as well as studies the optical properties of the metal nanoparticles and hybrid plasmonic nanostructures. Congratulations!

Dr. Fal was awarded the 2020 UCCS Campus-Wide Instructor of the Year Award

Congratulations go out to Dr. Tim Fal. Dr. Fal, a Senior Instructor in Physics, was awarded the 2020 UCCS Campus-Wide Instructor of the Year Award. Tim is starting his 6th year of teaching physics at UCCS and has high standards and great rapport with students. One student comment summed up his teaching like this - "Dr. Fal’s class smacked me in the face – hard. His class was, and is, the single most challenging, dreaded, taxing, and above all inspiring class I have ever taken. Each lecture was a thought-provoking discussion that made me ask myself why I was not pursuing a physics degree." | MORE